The TIGGO 8 PRO e+, the first PHEV equipped with CHERY POWER DHT super hybrid, made its debut at the press conference of The 2021 Chengdu International Auto Show, demonstrating the highest level of Chinese brands in fuel and hybrid core technologies.

The CHERY POWER DHT super hybrid is derived from the CHERY 4.0 global power architecture. With DHT featuring the world's first full-function hybrid configuration, it realizes the super hybrid integration of three modules. It has the highest energy among Chinese brands and the world's leading efficiency, and represents the most advanced hybrid technology in the industry. 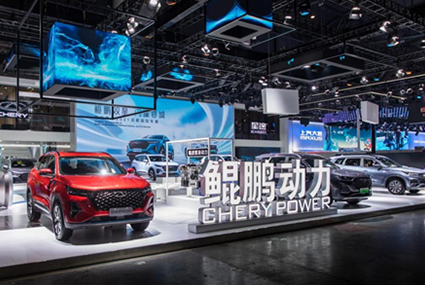 TIGGO 8 PRO e+ is equipped with the industry's first 4 motors and 4-wheel drive consisting of the engine, dual motors and electric rear axle; with unique 3 gears, 9 modes and 11 speed levels, it has excellent performance in power, fuel consumption and smooth ride, which is a masterpiece of Chery technology and a new flagship SUV model of Chery.

TIGGO 8 PRO e+ is equipped with special 1.5T super-efficiency engine, with the first dual-motor drive in China, featuring four motors and four-wheel drive (engine + dual motor + electric rear axle), which has made several breakthroughs such as input torque of 510N·m, average efficiency of electric drive of over 90% under NEDC, max. transmission efficiency of 97.6%, and 0-100km acceleration in 4.9s (7.2s for the model with three motors and 2-wheel drive). At the same time, the comprehensive 100km fuel consumption is 1.0L for ultra-low operating cost.

In addition, it is equipped with all-road condition adaptive power mode and interconnection of the power control system and navigation system, which can identify road conditions in advance and intelligently adopt the optimal power scheme to achieve 100km endurance for electric model and 1000km endurance for hybrid model. There are 3 power modes (EV, HEV-Normal and HEV-Sport), and 11 driving scenarios (starting, medium and low speed, overhead, overtaking, red light, congestion, high speed, long distance, mountain road, high speed turning, and snow/mud/sand), which can be switched intelligently for comprehensive driving scenarios. 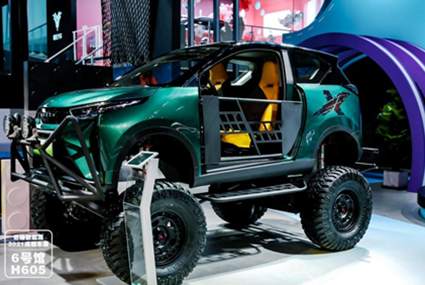 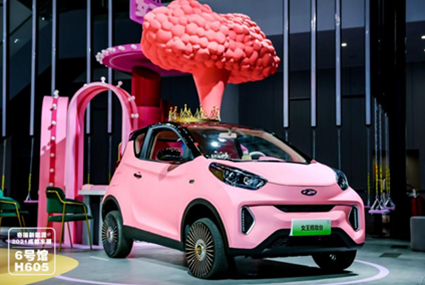 2021 is a crucial year for Chery's development. In the face of unprecedented changes in the automotive industry, Chery has actively embraced changes and taken advantage of the trend of new technology and globalization to find a way of transformation from traditional vehicles to intelligent vehicles. In the first half of this year, Chery released the global 4.0 power architecture to cover all the mainstream power schemes in the next 30 years, injecting power into the transformation and upgrading of the automobile industry and the improvement of the green, low-carbon and circular development economic system.

With the acceleration of product iteration in the global market, , the main models represented by TIGGO 8 PRO, TIGGO 8 and TIGGO 7 PRO continue to be sold well, breaking the record of one-month export for three times. Chery sold 508,415 units in the first seven months of this year, up 74.6% year on year. The sales volume in overseas markets is increased by 172.9%, and the total annual export volume is expected to reach 300,000 units, keeping China's top exporter of passenger vehicles.