The launch of the new Pro series has received intense attention from Iraqi media and consumers. On the second day after the launch ceremony, many consumers came to the showroom for consultation and purchase. 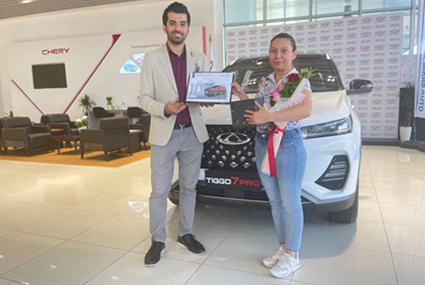 Since the beginning of this year, Chery's new Pro series have been launched in Russia, Chile, Brazil, Saudi Arabia, the Philippines and other countries, which are favored by global consumers and set off a "fashion" and "technology" Chery trend around the world.

Chery's sales have been boosted by the global launch of the new Pro series. In August this year, Chery Group exported 20,491 vehicles, the fourth time this year that the monthly export exceeded 20,000 vehicles. The cumulative export from January to August was 165,858 vehicles, up 162.8% year on year; In Russia, Chery's sales increased by 163% year on year, and its cumulative sales increased by 335% year on year from January to August, ranking ninth among all auto brands, surpassing Nissan and ranking first among Chinese auto brands. In Brazil, Chery ranked eighth in passenger car sales for the first time, surpassing Nissan and Chevrolet with a market share of 3.94%. In Chile, Chery ranked second among all auto brands with a year-on-year growth of 903%t, surpassing Toyota, Volkswagen and Hyundai to account for 7.6% of the market and 16.3% of the SUV segment, ranking first for eight consecutive months. 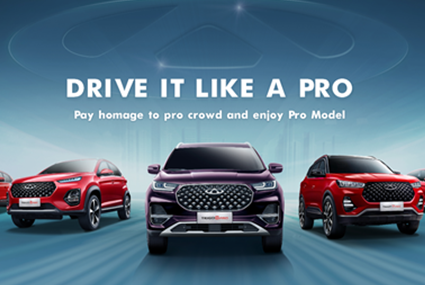 “Pro Power”combines strong performance and economy. Chery has the strongest engine research and development technology in China, with a total of 6 engines awarded the "Top 10 Engines" in China. The engines carried by the Pro series have powerful power and more economic fuel consumption performance.